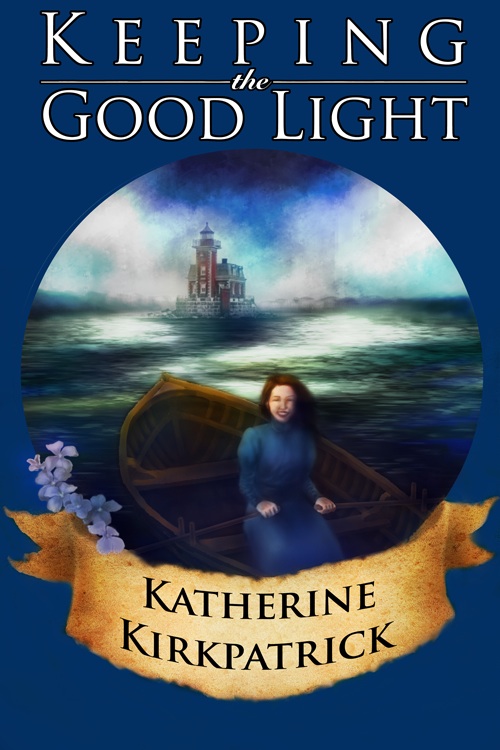 I have always felt that City Island in the Bronx, within greater New York City, where I lived in my twenties and early thirties, possesses a certain magic. There’s a feeling, when listening to the symphony of halyards chiming against the masts of sailboats or the eerie sound of wind blowing through the rigging, that it’s possible to slip back in time one hundred years or more. And if you sail from the island in the dark of night toward a redbrick Victorian lighthouse, its green light flashing through the cold mist, you may see the eternal visage of a ghostly man peering through the glass windows of his tower. He watches over you to prevent your vessel from crashing on the jagged, partially submerged shoal of the “Stepping Stones.” Magic, indeed.

Not one but two working lighthouses flank the mile-and-a-half-long City Island. Stepping Stones, my favorite because of its picturesque architecture, was first illuminated on the evening of March 1, 1877, with an oil-fired mantle within a Fresnel lens. Every morning when I waited for the express bus that took me to my book publishing job in Manhattan, I gazed out over the water, a mile away, at Stepping Stones lighthouse. The sight of the lonely place never ceased to fascinate me. Like many people who enjoy lighthouses, I am drawn to the romantic notion of living in a house surrounded by water. From the vantage point where I often stood, near the terminus of City Island Avenue, Stepping Stones appears in Long Island Sound as a small, square building atop a round platform. The building has a handsome rectangular tower and mansard roof.

Sometimes when City Island friends took me out on their sailboats or motorboats, we circled around the lighthouse. Then I could make out certain details such as the square balcony near the top of the tower, the bright green automated lantern, the tall windows (bricked-in to prevent vandalism), and the mount on which a large bell had once hung. Whenever I crossed the Throgs Neck Bridge to go to Long Island to visit my parents, I’d enjoy yet another view of the lighthouse, one from above. From that high, arching suspension bridge, the lighthouse resembles a tiny, antique doll house, surrounded by deep blue water on all sides.

Like many City Islanders, I came to regard Stepping Stones as “our” lighthouse (never mind that all maps and charts indicate that it belongs to Great Neck, Long Island). Eventually I wrote a novel set there. Called Keeping the Good Light and intended for a young adult readership, the novel takes place in 1903, during the heyday of City Island yacht building and sail making. My friend the late Skippy Lane, a retired captain of oil tankers, helped me research the book and provided many interesting anecdotes. The shipwreck incident in the book came directly from an experience Skippy had as a boy on City Island. Another plot choice, the idea of putting messages in bottles and casting them out to sea, came from Skippy’s pastime of releasing such messages. Sometimes he’d sign his friends’ names with their addresses as a joke.

Delacorte Press published Keeping the Good Light in the fall of 1995. The cover by Kam Mak shows my main character, sixteen-year-old Eliza, in a long vintage dress, seated in a rowboat (Skippy’s) with an accurate representation of Stepping Stones lighthouse in the background. Skippy quickly pointed out when he saw the cover image that anyone just sitting in a craft like that, hands crossed on her lap, not holding the oars, would quickly be blown back out to sea. Mary Cash, the book’s editor, replied, “She’s so pretty it doesn’t matter what she’s doing.”

Sara (Sally) McPherson at The City Island Current, the island’s local newspaper, reproduced the book cover in its exact size—5-1/2 by 8-1/4 inches—on the front page in 1995. As a result of this phenomenal publicity, my book signing party at the City Island Nautical Museum, a former school building, was extremely well attended.

Writing Keeping the Good Light brought me, at least on City Island, the greatest celebrity I will probably ever enjoy. “She’s the one who wrote the book,” I’d hear people say. Occasionally, if I visit the island, someone will make the same remark even now. Always it is “the book,” although I’ve now published eight. For the Clam Diggers (those who grew up on the island) it obviously remains a matter of great importance that “the book” features “our lighthouse.” The late Bronx historian John McNamara told me he’d been reading the novel at JP’s Restaurant on the island and a passerby offered to buy his copy on the spot.

Those were fun times, times of sharing and community. For my thirtieth birthday party, my sister made a cake with a model of a lighthouse on top. The house where I rented a room, 150 Marine Street, a former telegraph station that contained a glass-paneled rectangular chamber reached by an upright ladder and trapdoor, filled to overflowing with visitors of all ages and backgrounds come to celebrate my birthday. Old, heavy-set Skippy, known to be a little rough around the edges, entertained my friends from Manhattan with his lively storytelling, replete with occasional swearwords.

Skippy regarded the publication of Keeping the Good Light as a highlight of his later years. He called it “our book” and proudly gave an autographed copy to his friend and next-door neighbor on Horton Street, Oliver Sacks. To my surprise and delight, I received an autographed copy of one of his own books in return. On the title page of a British paperback edition of Awakenings, its pages now a bit yellowed, is inscribed:

(I loved your book!)

Now, a quarter of a century after I first became acquainted with Stepping Stones lighthouse, I love the lighthouse just as passionately as I ever did. Perhaps even more, because my feelings about the place combine with a sense of remembrance and of longing for City Islanders I knew who are now dead. Others island friends have, like me, scattered around the country. We won’t ever live together on that mile-and-a-half-long island again. I also find myself reacting to further commercial development that has taken place and missing the way the island used to look. But whenever I visit the island or drive across the Throgs Neck Bridge, there is Stepping Stones lighthouse, rising as ever on a shoal in Long Island Sound. The lighthouse serves as a visual, tangible reminder to me of a time in my life that remains very dear to me. Not only that, but I have a special place in my heart for historically significant places.

Very recently, my personal chronicle involving Stepping Stones lighthouse has gained a new chapter. I have recently made a new friend through e-mail, Alice Kasten of the Great Neck Historical Society, who keeps me informed about her organization’s exciting new plans to restore Stepping Stones lighthouse. The town of North Hempstead, the Great Neck Park District, and the Great Neck Historical Society have joined in a public/private partnership, with assistance from the City Island Maritime Museum, to raise $4 million for the renovation. Already they’ve had some success with garnering grants from New York State and the National Park Service. I can hardly believe that this gargantuan, expensive venture is actually happening in this day and age of dwindling funds for worthy projects and causes.

Ravaged by salty seas and severe weather, in recent years Stepping Stones developed a hole in its roof and another hole in its foundation. The U.S. Coast Guard might well have demolished it and replaced it with a navigational beacon mounted on steel poles if not for the Great Neck Historical Society’s commitment to saving the building. Engineers who completed an underwater survey have now identified places where pilings for a dock will be put down. Once a dock exists and more funds become available, building materials can be delivered and the renovation can begin.

This past summer, the society has organized a number of tours for people to see the lighthouse from the outside. I can’t wait to go on one of the tours next summer. I’ve also decided it’s an apt time to put Keeping the Good Light back into print. A new Kindle version is available on Amazon.com, and a print-on-demand paperback edition will soon be in the works. I do not have the rights to use the Delacorte cover for new editions, so I commissioned a new one. (Note that the girl in the vessel is now actually rowing.) Victoria Yeh, the talented new cover artist, created the cover when she was only seventeen.

Half of the net proceeds from the new editions of Keeping the Good Light will go to the Great Neck Historical Society for the lighthouse renovation. I’m honored and grateful to help preserve this good lighthouse.

Virtually all novelists ask for feedback on their manuscripts before they show their work to their agents and editors. I have had the great pleasure of helping many unpublished writers launch their careers. I believe the next best thing to belonging to a writers’ support group is to receive a professional manuscript evaluation from someone who has both a compassionate heart and a critical eye.

The cost is $2.50 per page (or roughly 250 words per page, formatted in 12-point Times Roman font, double-spaced with 1-inch margins). Phone, Skype, or in-person consultations during any stage of the writing and revising process may be scheduled for $35 per hour. I am happy to discuss projects at whatever stage they are in, and to also provide advice about finding an agent or publisher.

Every young person has an important, unique, powerful story to tell. Through questioning and brainstorming, then breaking down tasks into components, I help students to overcome their nervousness about writing and to create original, authentic essays that will best reflect who they are. Authenticity and originality are what make essays stand out to admissions personnel.

My process involves helping students in all stages of writing:

– finding the unique story that is calling to be told

– tying the story to a theme

– drafting with attention to narrative structure

Questions? Please send me a note through my contact page on katherinekirkpatrick.com/contact. 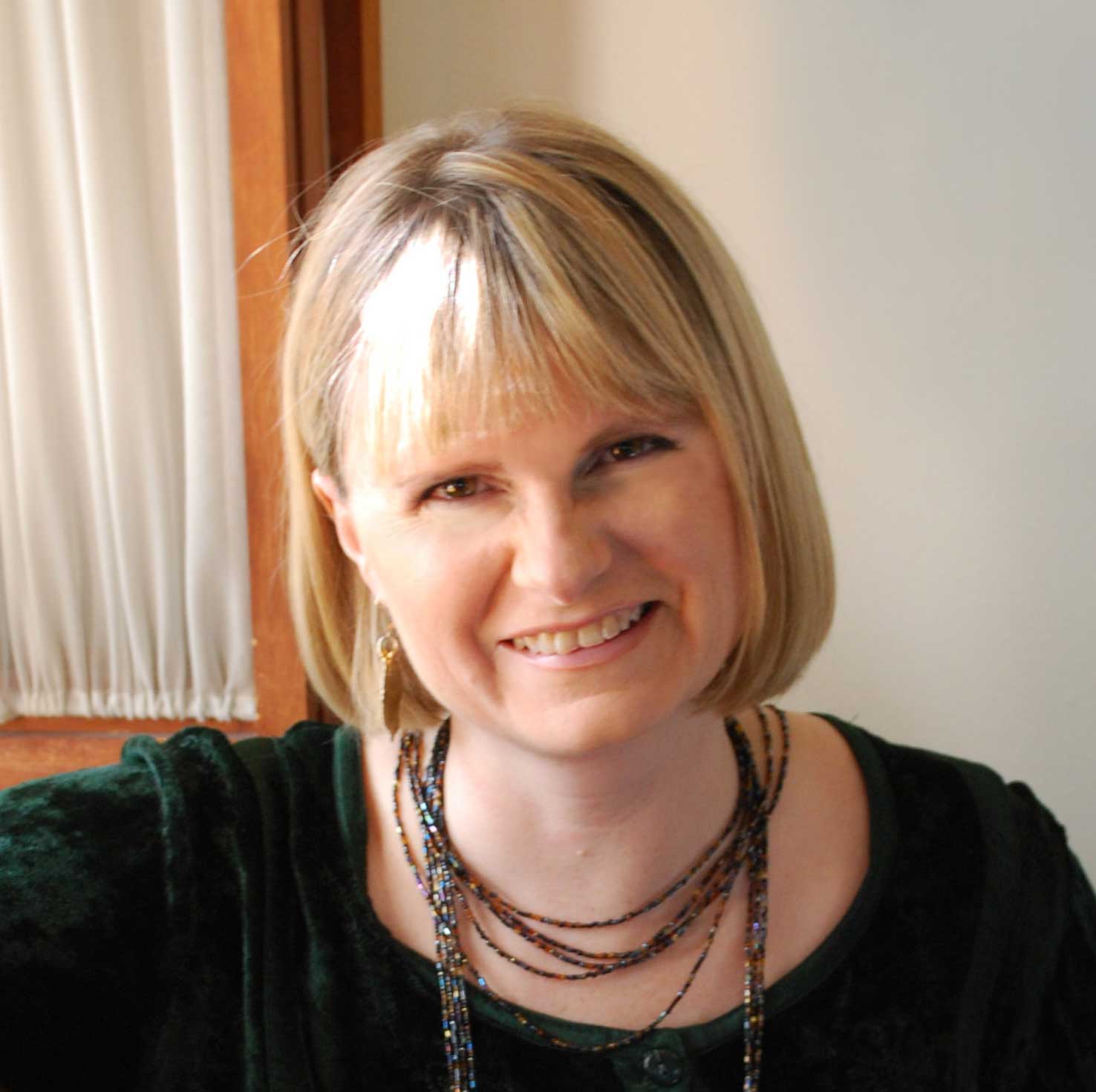